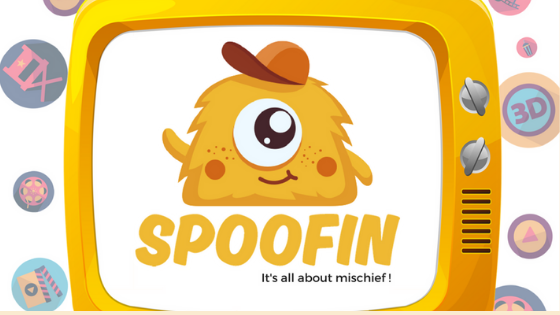 Entertainment is one essential domain that is evolving with technology advancements. On the other hand, number of internet users in the country is pegged around 369 million on the official records and unofficially is mind blowing.

With the advent of low cost mobile internet, user index is ever increasing. Unlike the costly landline that needs desktops to browse, mobiles solve the issue very easily.

This makes India the most powerful online markets that is yet to be potentially tapped. And anything that amuses and connects with the youth becomes viral

Early sixties saw ‘sing along feature’ which took the elite to a different level in entertainment. Then in 2014 ‘Dubsmash’ created a sensation among the youth. ‘User can choose an audio recording or soundbite from movies, shows, music, and internet trends and record a video of themselves dubbing over that piece of audio.’

However the latest trend is launched by a Delhi based company SPOOFIN. The company has a media community built around users who could create, share and make fun on this comic platform.

The mobile app allows user to Choose, Shoot or upload a video clip, get creative with awesome effects, inbuilt in the tool and share it amidst the community members termed as SPOOFERS. Since its launch in May, 18 the app has five thousand plus regular users, making it the most comical platform in the domain.

The market validation done by the company since launch has given insights on the behavioural patterns of the user. Probing has been agnostic of regions and languages.

Due to innovative features that amuse user, transition from passive to active is just a few moments and there is a rapid increase for user created original content. All these trends significantly indicate the dominance of SPOOFIN in the near future.

The initial five member team comprises of SID, VALLARI, SWATI, KAPIL AND MRITYUNJAYA, who are bound to make SPOOFIN viral for the youth.

Inspite of tough competition in the market, the team opts to differentiate from the crowd with advanced strategies like design and branding.

The other features include a full suite studio that enables user to be at liberty while creating hilarious creatives. And ofcourse the team wants to go through a different and result oriented branding approach.

They would like to create and dominate the arena of comical social networking. We are wishing the aspiring team a grand success. The ‘make in India’ initiative must trigger the app to become one of the most reckonable brands in the domain.