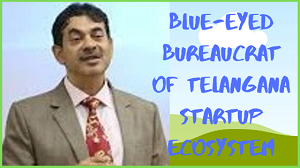 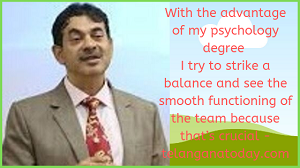 Hyderabad is churning out to be the most happening destination for emerging tech StartUps. With the vibrant ecosystem growing, by leaps and bounds, it is sure to become the top notch in the coming future. With many firsts to its credit, Hyderabad is gearing up as the pride of the nation. 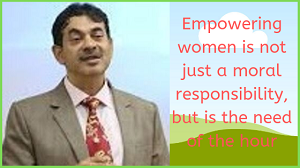 The consistent growth of the state capital is a result of various external and internal factors. The state government has deputed an abled team that analyses and designs industry specific policies that enhance domain dominated entities.

The infrastructure, especially connectivity and logistics are well in place in Hyderabad when compared to other southern metros. Secondly a formidable political regime had been an unfair advantage to Telangana state. 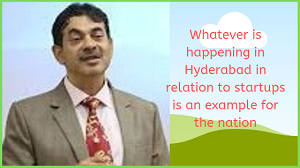 In addition, the match point that empowered the Hyderabad StartUp Ecosystem is Jayesh Ranjan Principal Secretary of the Industries & Commerce (I&C) and Information Technology (IT) Departments of the Telangana government. This 1992 IAS topper had performed some rare distinctions with the support of an illustrious leader with a vision, who bestowed total faith in his capabilities and gave him a free hand to head the innovative forum of the state. 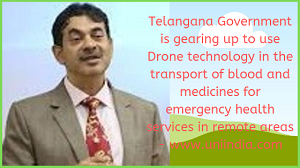 Each of them had a sizeable impact in enhancing the growth of the particular cluster and adding the nett-worth of the state. Another most important growth catalyst is his accessibility to public and willingness to take up war-footing initiatives to keep the momentum charged up. 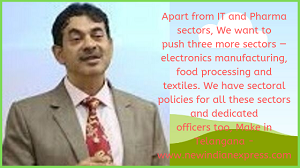 Ideas get wings only when they are well executed and that’s where the officer scores a brownie. This IIM alumni has understood the state, both culturally and resource wise, due to his decade association with the present government since its formation.

The connoisseur is sure to lead the metro’s ecosystem to its optimum flourishing point in the coming future and the team is already on the job. Classical example is the T-HUB, the Kohinoor in the state’s StartUp sceptre. 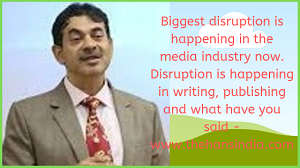 T-HUB incubates 200 plus ideators occupying seven hundred seating capacity, on a sprawling concrete jungle of 70,000 SFT. The state of art facility is also having virtual incubations from across the globe.