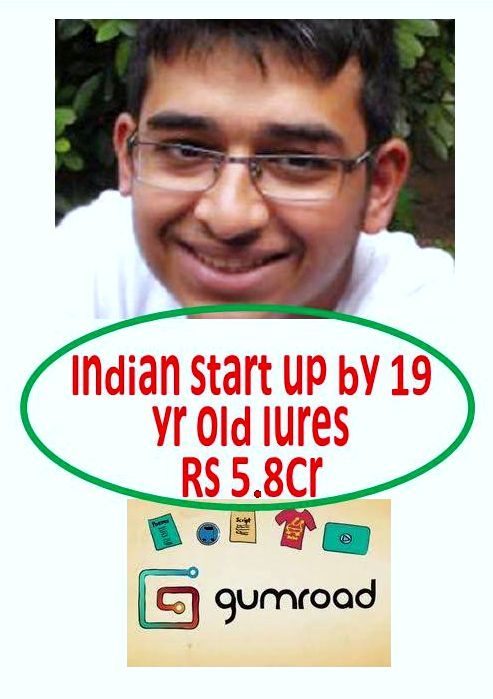 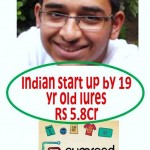 `I want to Change the World’ did you hear this, a statement made by a teen who is sure to change the world. Yeah this is about Sahil Lavingia who shifted gears since he was fourteen and found success at his attempts, due to his ability to create opportunities.  This young techno genie has a typical Silicon Valley academic background. He is a college dropout, who feels writing an English essay and a mobile app is equally interesting depending on the person who does it. Sincerely he is more comfortable with the latter. His latest start-up Gumroad, a platform whose mantra is to “sell anything you can share.” The aura of the teen is so high that there is a beeline of investors for the project like, Accel Partners, Max Levchin of PayPal and social music service Turntable’s founder Seth Goldstein. They have all together pumped in Rs.5.8Cr in to the charismatic venture, which bound to turn social networking as a marketing place.

Initially the teen started exploring his entrepreneurial talent at fourteen, he bought a comatose video streaming website $400. He tweaked things around, put surveys up and generated enough web traffic to sell it for about $10,000. That is him!! Born in Singapore to Indian parents, he shifted to Silicon Valley from where he joined Pinterest, the virtual pinboard that has the world of social networking agog.

Lavingia designed the virtual pinboard that is also the fastest-growing social network with 12 million users. When it won its last round of funding of $27 million in March, Pinterest was valued at $200 million.

Way2World wishes all success to this techno genie and expects to be with him on our icon sections, may be soon. Way2World advises Indian start ups that the call form investors could not be faraway for your enterprise if there is a sound idea backed up by a strong desire.