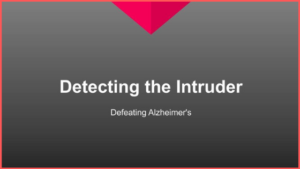 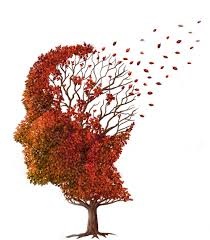 Such signs in seniors could be warnings of onset of the most dreaded Alzheimer disease. Though fatality does not occur due to this disease, it destroys the nerve connections in the brain which eventually lead to death due to brain failures. However the process is painful for the affected and more for the close relations who take care of them.

As of now there is no cure for this dreadful disease. Early detection can only be the alternative that can help individuals to cope with symptoms and improve quality of life.

The team of SPEAKING CALLOSUM are heroes out to defeat Alzheimer disease through very early detection equipped with cutting edge technology and innovative vision to help the affected with an economical and tech driven solution.

The founding team of this Hyderabad based Health Tech organisation are Naman Rai (CEO), Pranjal Dugar (CFO), Dr Shiju Thomas (Scientific advisor) and Dr Ramchandra Cheypala (Mentor).  The organisation is a result of the efforts of two youngsters who seek to create innovative technology for a better world. Guided by senior academicia from the domain are set to reach their target that would be a remarkable milestone in the medical history.

Speaking to WAY2WORLD, NAMAN RAI, informed, ‘One of my close relatives succumbed to Young onset Alzheimer disease. This had a deep psychological impact on me.’ Since that day he was determined to create an Alzheimer free society through a medical revolution. He seeks to create a world that is free from this malaise.

Is Alzheimer disease an alarming disease?

An epidemic that plaques 50 million people worldwide and 1 in 3 senior succumb to it. This epidemic steals one’s identity from oneself. Alzheimer disease cases have exponentially increased with no treatment. One of the challenges we face is diagnosis of the disease. Current methods of diagnosis have less sensitivity and specificity. It is often misdiagnosed as other forms of dementia. The key to curing Alzheimer could be early diagnosis i.e-5-10 years before symptoms arise.

How do you plan to do this?

What is your product?

We are developing a Strip for detecting Alzheimer disease (AD). The key to manage AD lies in early diagnosis of the disease. In fact EARLY AND ACCURATE DIAGNOSIS COULD SAVE UP TO $7.9 TRILLION IN MEDICAL AND CARE COSTS. Our goals are to determine patients who are at risk of AD for the early intervention. And to develop a quick, inexpensive, most importantly highly sensitive assay to detect AD. A salivary bio-marker called Amyloid beta 42 is elevated in Alzheimer patients. This is elevated 5-10 years before symptoms arise. The protein can be detected by a strip based on electrochemical method of detection.

What is your core objective as an organisation?

What is your plan of action?

We seek to use the innovative technology based on scientific research like personalized medicine, microbiota impact and epigenetics. Currently we are working on microfluidics to detect Alzheimer’s disease.

Way2World wishes this team a grand success for the benefit of the human race. This sixth most dangerous disease in the world needs to be controlled, lucky that these youngsters are out with a dream to conquer it.